To ask what is the most central and complex part of a car, the answer is definitely the engine. The position of the engine in the car is like the heart of the human being. It is the most critical and important component. The vehicle performance has the most direct correlation with it. Therefore, the engine's innovative technology is one of the key factors that determine the performance of the vehicle. 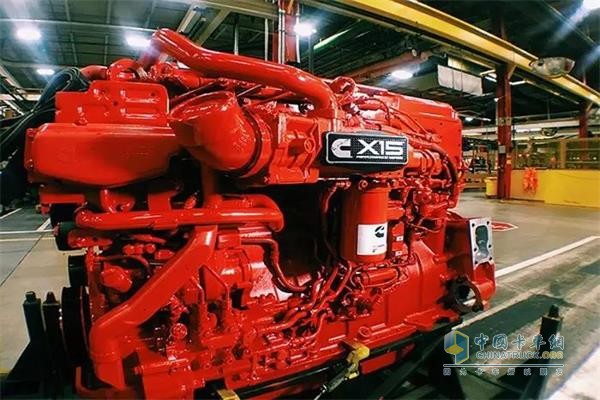 Cummins never stops on the road to innovation. In 2017, Cummins engineers and scientists obtained a record 287 patents in the United States and around the world, an increase of 11% over 2016.

Dr. Wayne Eckerle, vice president of R&D and technology at Cummins, said: â€œIt may take a few years to obtain a patent, so comparing annual figures is not a perfect measure, but since 2013, we have seen fairly consistent growth. The engineering team has been committed to the company's vision of 'innovation and customer success'.

The number of patents granted by Cummins globally in 2017 increased by more than 80% from the 156 global patents obtained in 2013. Since 2014, Cummins has had more than 200 patents annually. In recent years, Cummins has been working on a series of transmission system technologies such as diesel and natural gas engines, biofuel engines and electric power systems. At the same time, the company has also been committed to continuously reduce emissions, improve fuel efficiency, reduce the total cost of customer ownership, and improve engine performance. Cummins is also constantly improving power system technology and building leading telematics technologies. 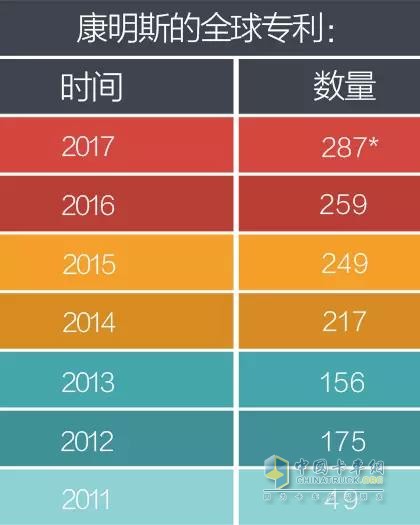 Continued investment in diverse technology fields has become a hot spot for inspiring patents. In order to meet the different needs of users worldwide, Cummins is committed to providing customers with a wide range of products and technologies. Customers can choose the product solution that best suits their needs.

Cummins has more than 10,000 engineers, scientists, and support staff from over 20 technology centers worldwide. They are the successors and creators of Cummins' 100-year concept of innovation.